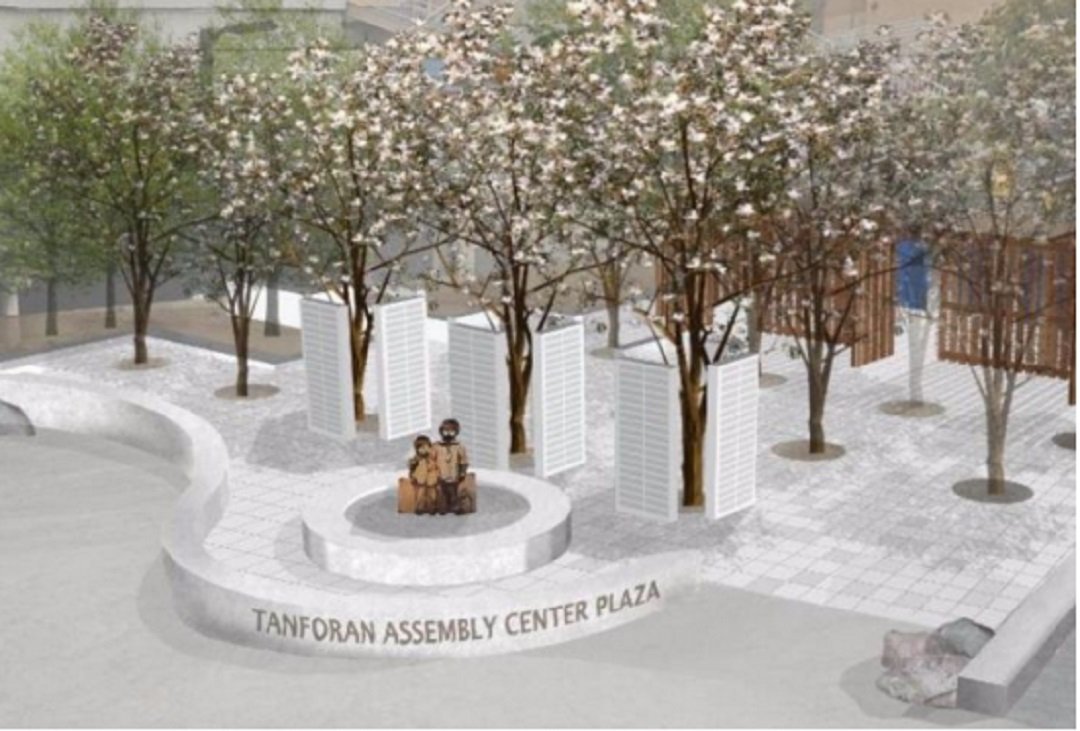 We are pleased to announce our support for The Tanforan Assembly Center Memorial Committee (TACMC). Our grant will assist in the development of a memorial consisting of a bronze statue and open-air plaza, located between the San Bruno BART station and the Tanforan Mall in San Bruno California.

The TACMC’s mission is to memorialize the unjust incarceration of 8,000 people of Japanese descent during WWII at the former Tanforan race track in the San Francisco Bay Area, while teaching future generations of all races and ethnicities about this injustice through the creation of the Tanforan Assembly Center Memorial.

The creation of the memorial will remind and teach future generations of all races and ethnicities about the injustice endured by nearly 8,000 persons of Japanese ancestry, most of whom were U.S. citizens, who were incarcerated at the Tanforan Assembly Center between April and October 1942.

The grant will help educate the public about the history of the WWII internment of people of Japanese ancestry, and their experiences before and during incarceration. An improved awareness of this travesty in our history and education of the general public will be a significant part of preventing this from happening again to any group in this country.

You can read more about TACMC and their project on their website here.