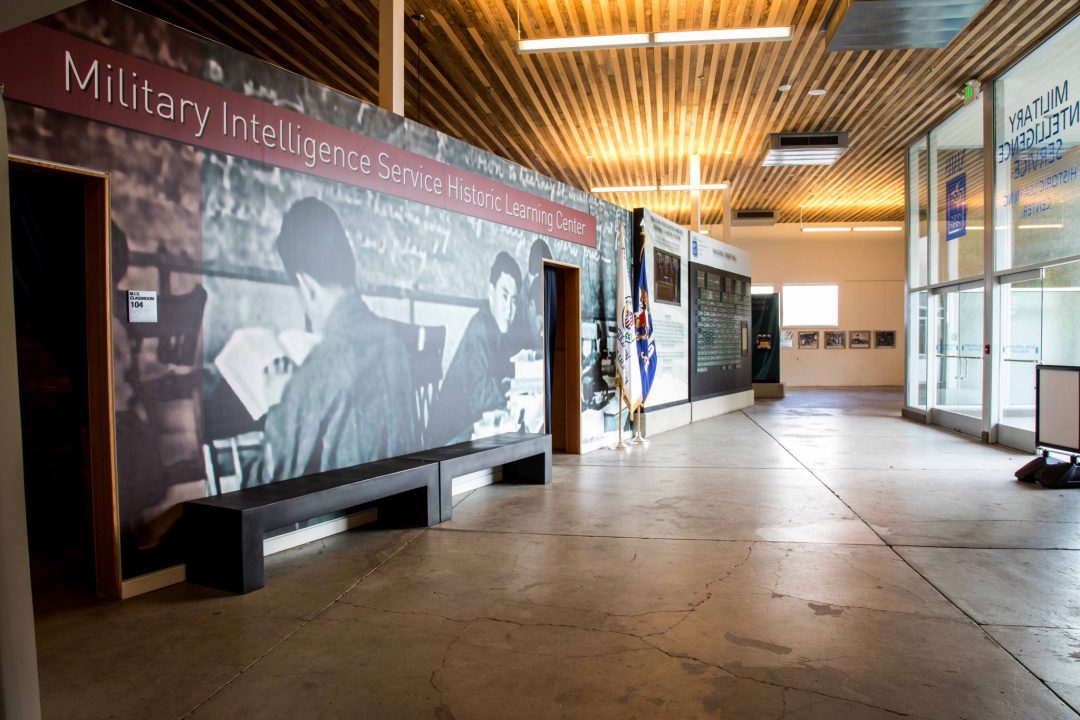 Our grant will be used for “Prejudice to Patriotism: 150 Years of the Japanese American Experience”, an exhibition enhancement of the Military Intelligence Service Historic Learning Center (MISHLC).

The MISHLC is situated at one of the most iconic sites against the backdrop of the Golden Gate Bridge within a national park. Their mission is to preserve a vital part of American history as a tribute to the Japanese American experience and as a promise to the MIS legacy of cross-cultural understanding and peace. The catalyst for this transformation began as an abandoned warehouse, Bldg. 640, where MIS Nisei soldiers undertook top secret Japanese military language training one month before the attack on Pearl Harbor. They became critical to the victory and resolution of the Pacific War and postwar Occupation. Only a hundred yards from the school was the US Army headquarters where Gen. DeWitt issued military proclamations and exclusion orders pursuant to EO 9066. This would lead to the eventual mass incarceration of 120,000 persons of Japanese ancestry during WWII. The two ironic stories of Prejudice and Patriotism are now captured at this historic site.